Put simply, biofuels are fuels derived from plant materials that are compatible with car, plane and truck engines. There are two types of biofuels—ethanol and biodiesel.

Biodiesel – made from rapeseed oil, other plant oils, and sometimes even animal fats – is used in diesel cars and trucks and can be blended with diesel fuel.

Ethanol on the other hand, is made by fermenting sugar cane, wheat and other sugar or starch-rich plants such as maize, and can be blended with petrol and used in petrol-run cars.

Since biofuels come from organic or plant-based material, it was initially assumed that producing and using them as an alternative to fossil fuels would reduce the total amount of emissions produced by the transportation sector.

With this pro-environment agenda in mind, the European Union passed legislation in support of the production and use of biofuels – a mandatory 10% target for use of renewables in the transport sector as part of the 2009 Renewable Energy Directive. Needless to say, the majority of this target was to come from biofuels.

Biofuels have not lived up to their expectations. Instead of reducing carbon emissions, the exact opposite happened. In comparison to conventional diesel, biodiesel have actually caused an increase in emissions.

Every car drives on biofuels

Every car across Europe and the United States uses a fuel blend mixed with biofuels. Both Europe’s 2009 Renewable Energy Directive and the USA’s 2005 Renewable Fuel Standard mandate that all fuel include biofuels as part of the fuel mix.

Since the share of diesel cars in Europe is not going to change soon, by 2020 biodiesel could still represent 70% of the biofuels that Member States use to meet EU's target.

In terms of volume, this represents double the consumption of biodiesel in 2013.

of the total consumption of biofuels

of the total consumption of biofuels

“ What will transport vehicles use as an energy source in 2030? Those of you who answered gas, electricity or hydrogen may be on the right track – as these sources are becoming increasingly useful to meet our clean energy requirements. Yet future energy scenarios such as the International Energy Agency's World Energy Outlook predict that liquid fuels will still be the main energy provider for transport– especially so for sectors such as aviation and road haulage.

Biofuels offer a way to produce transport fuels from renewable sources or waste materials and significantly reduce greenhouse gas emissions compared to fossil fuels. At the Europe–wide level they are also attractive in contributing to security of energy supply and to help Member States hedge against spikes in oil prices. In Europe the most common form of biofuel for transport is biodiesel, which accounts for about 70 percent of its biofuels market. Biodiesel is commonly made from vegetable oils, used cooking oils and animal fats. In fact the European Union is the world leader in biodiesel production – generating approximately half of the world’s supply. While biodiesel will continue to be part of the mix, ethanol (and possibly other oxygenate fuels like butanol) and drop-in diesel substitutes will provide most future supply. These will need to be sourced from sustainable feedstocks, largely waste and residues. ”

Since biofuels are primarily made of plants, in order to sustain production they rely heavily on the availability of large tracts of agricultural land. Even before the EU started its move towards biofuels, available agricultural land was already a scarce resource – due in large part to increasing food consumption and changing diets around the world.

With the addition of biofuels, the demand for the already limited resource of available agricultural land became even greater.

Unfortunately, it’s only going to get worse.

By 2050 the world’s population is expected to reach the 9 billion mark. Being able to feed this population, while at the same time keeping global warming to the globally agreed 2 degrees limit, will be a significant challenge for all governments worldwide.

This challenge can simply not be met with today’s push towards biofuels. Remember, biofuels require more land, meaning either:

Even if farmers increase yields to produce more food on the same land, they won’t be able to keep up with both feeding a growing population and filling up cars’ tanks.

To prevent the most severe impacts of climate change, the international community has agreed that global warming should be kept below 2ºC compared to the temperature in pre-industrial times. That means a temperature increase of no more than around 1.2°C above today's level.

...means deforestation in the tropics

As the EU’s biofuels policy was meant to be pro-environment, it includes strict sustainability criteria. This means one cannot cut down forest in order to grow biofuel crops.

So where’s the problem?

As previously mentioned, biofuel and food production compete for available agricultural land. Since biofuel producers are prohibited from clearing new land for production, they in turn use existing agricultural land, pushing food producers – who are usually not prohibited from clearing forest – to search for new land. All too often this new land is in the tropics, where land is cheap, protection standards low and large forests still exist.

In other words, the EU’s biofuel policy indirectly leads to deforestation. There’s even a name for this movement towards new agricultural land: Indirect Land Use Change (ILUC). ILUC often happens at the expense of carbon-rich ecosystems and – in direct contradiction to the original goal of the EU’s biofuel policy – results in an overall increase in greenhouse gas emissions.

ILUC (Indirect Land-Use Change) happens when land previously used to grow crops for food is converted to grow crops for fuel. As a result, agriculture has to expand elsewhere to meet the existing (and ever-growing) demand for food and animal feed. This expansion happens at the expense of forests, grasslands, bogs, wetlands, and other carbon-rich ecosystems. When these ecosystems are cleared for farming, the result is an overall increase in greenhouse gas emissions.

The clearing of rainforest to make room for planting crops typically happens in the world’s most tropical areas.

To illustrate, look at Indonesia. Once home to the world’s third largest rainforest, today the country has the not-so-proud distinction of being a world leader in the emission of greenhouse gases. This is because over the past few years Indonesia has cleared nearly half of its rainforests.

Zooming in on Borneo, we see an island that has been particularly affected by the expansion of the palm oil industry. According to some estimates, in 2020 the Indonesian part of Borneo will release 558 million metric tonnes of harmful CO2 gases into our atmosphere.

In other words, the Indonesian part of the island will be releasing the same amount of carbon as annual emissions of Canada – which is 18 times bigger.

Indonesia's forests are the third largest in the world and its swamp-like peatlands are one of the world's biggest carbon stores. But decades of forest clearance to make way for industrial scale plantations is creating a tinderbox. Smoke from these fires add to air pollution and can be attributed to an average of 110,000 deaths per year. 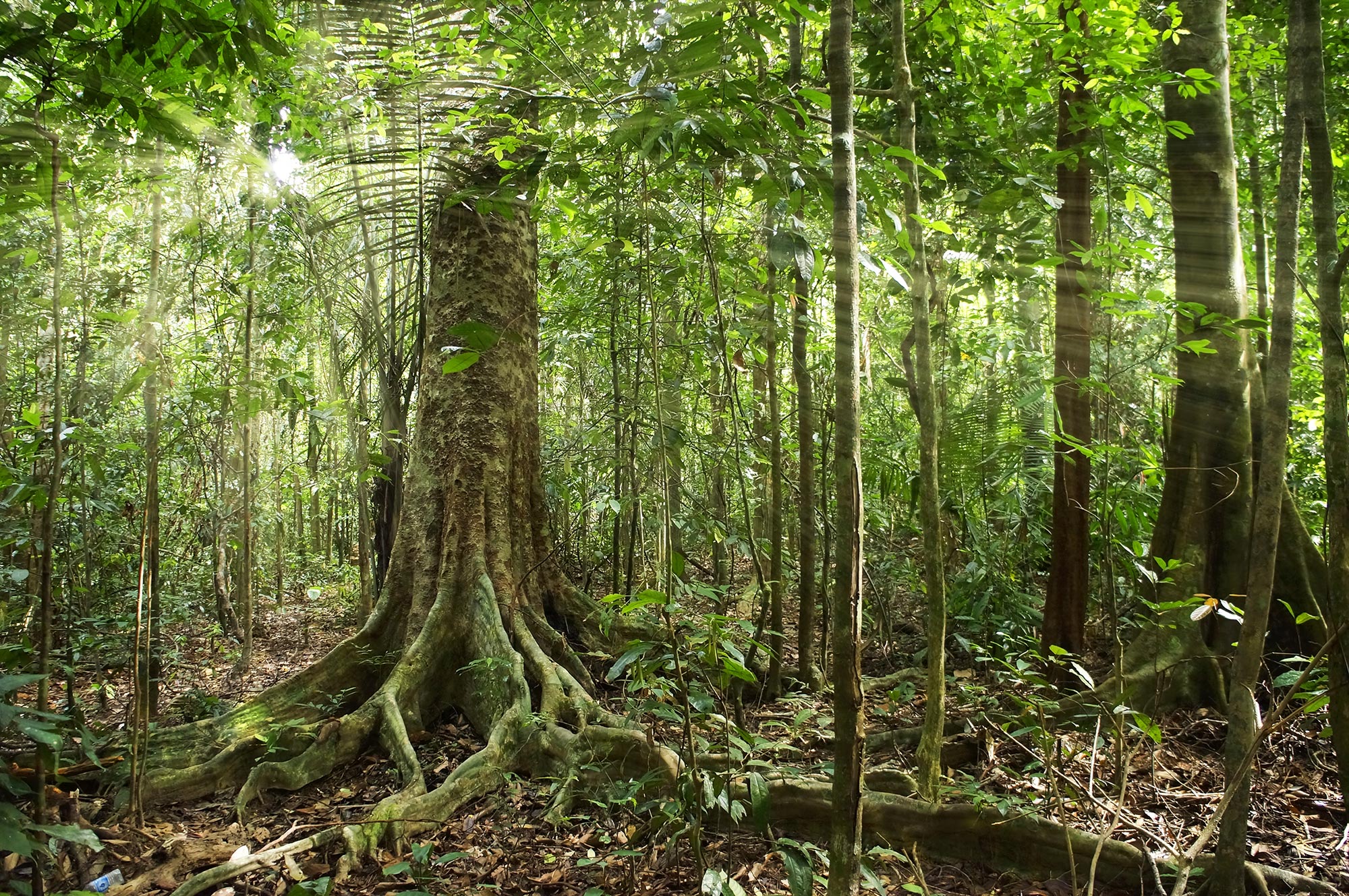 A sinking feeling about biofuels

Forests are natural “carbon sinks” that trap carbon molecules in the soil in the form of organic material. When these virgin forests are cleared, the carbon stored in its vegetation and soil is released into the atmosphere as climate-changing emissions.

When we take into account the impact of these emissions caused by deforestation, we see a direct increase of carbon emissions for each type of land-based biofuels. This makes some biofuels even worse than crude oil from a climate perspective.

The Guardian explored this topic in a 2013 article titled “Are biofuels worse than fossil fuels?” Its verdict leaves little room for debate:

"There can be little doubt that some biofuels are as bad, if not worse, than fossil fuels. Fuels from palm oil, soybean and rape seed make little sense when you consider their greenhouse gas emissions are worse than standard crude. The secondary impacts of these fuels on food prices, resources and biodiversity are difficult to quantify, but there are enough examples of them to raise serious concerns.”

Time to catch the butterfly?

Clearly, when ILUC emissions are added to the total emissions of fuels, some biofuels – with biodiesel being the biggest offender – actually produce more emissions than conventional fossil diesel.

Unfortunately, the EU’s biofuel policy ignores this fact and, as a result, continues to encourage the use of biodiesel in Europe.

"There can be little doubt that some biofuels are as bad, if not worse than fossil fuels." - Guardian #ILUC @ukineu http://t.co/1RROJZ7Ut3

Total CO2 emissions from fossil fuels and biofuels including ILUC 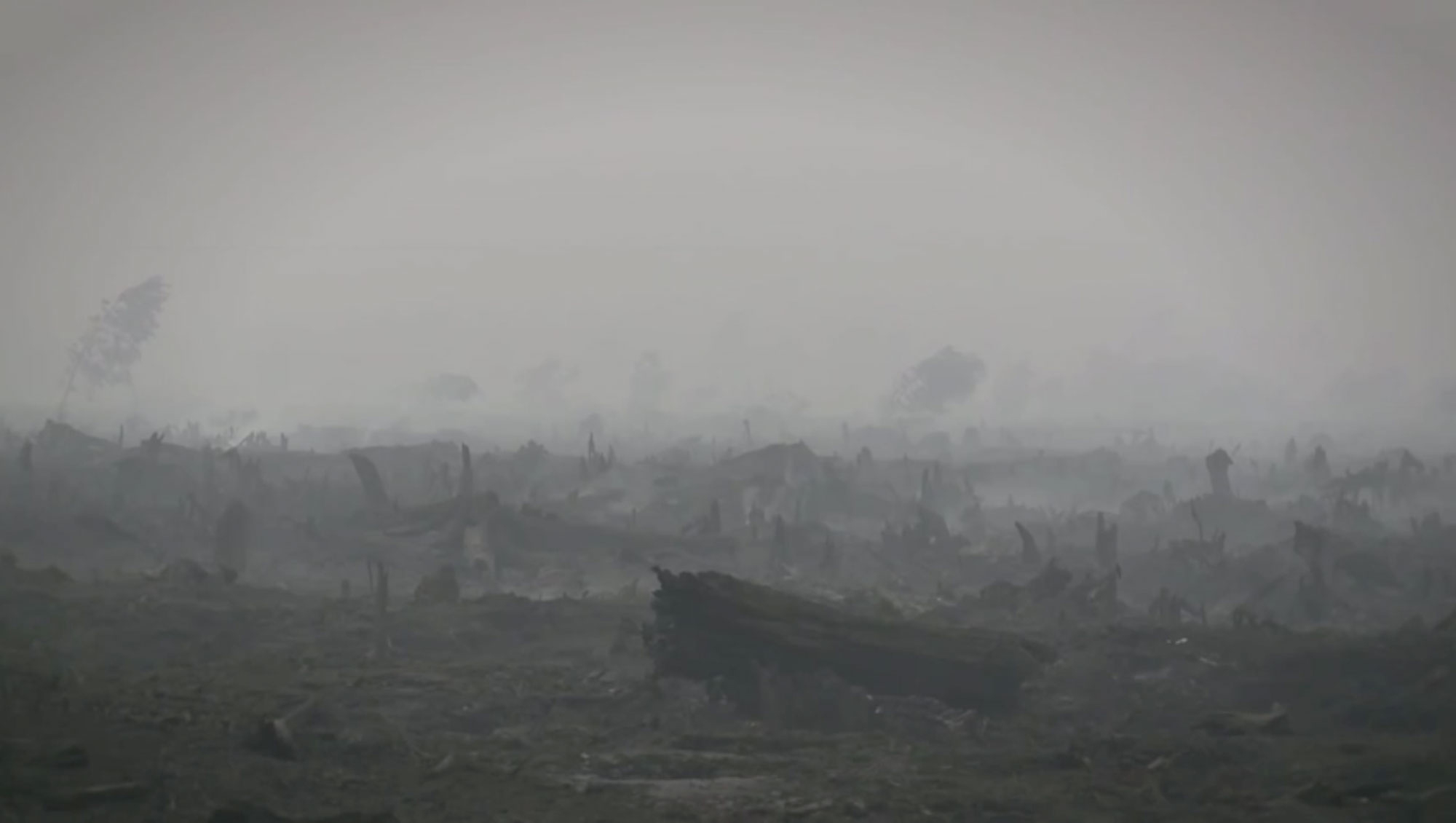 Continue to the next section

The social impact of biofuels